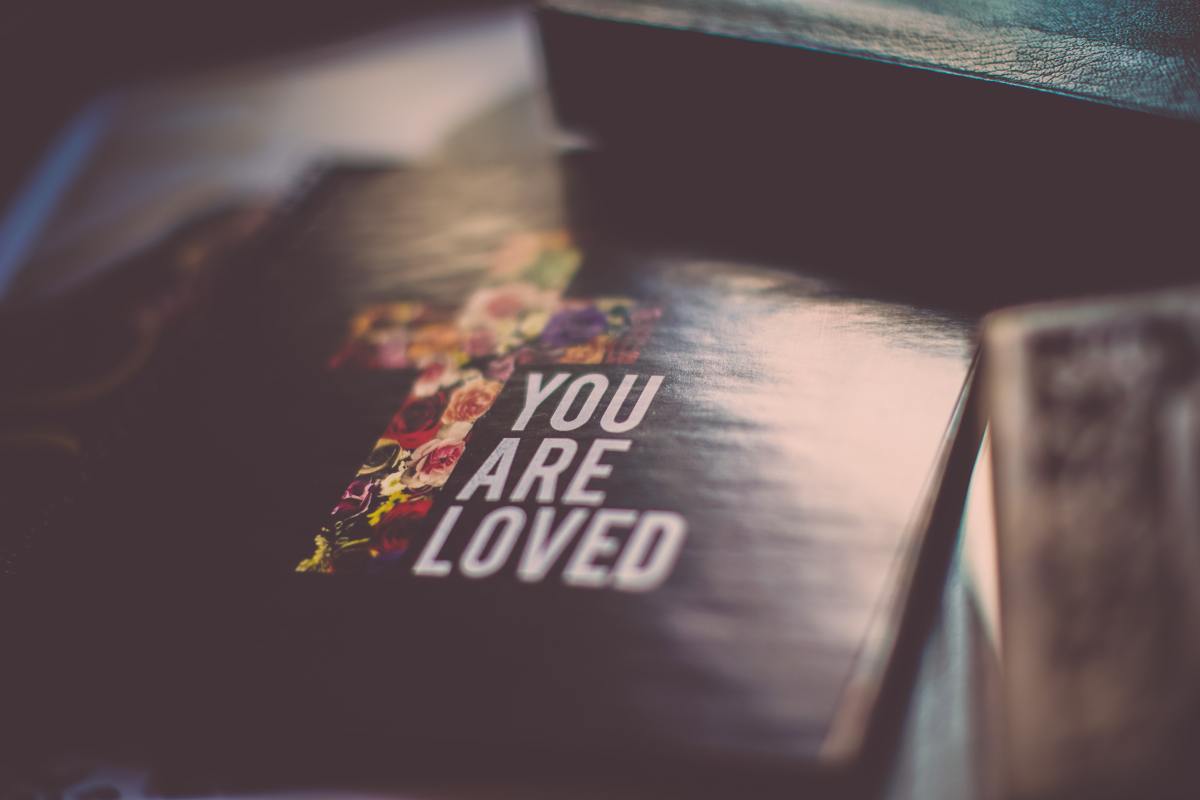 The Remedy for Discouragement

It’s a Wonderful Life is a classic Christmas movie loved by many for the last seven decades. I hadn’t seen it for quite some time and enjoyed watching it with my family this past holiday season. It was the first viewing for both my kids (then 11 and 8), and I was so happy they enjoyed it. For those who may not be familiar with it (or if it’s been a while), the story begins by introducing Clarence, the angel who will intervene in George Bailey’s life. Clarence, eager to earn his wings, is told by God of a man in need of help. He responds by asking God if the man is sick. God answers, “No, worse. He’s discouraged.”

That answer resonated with me. Nobody enjoys experiencing sickness of any kind, and being downtrodden in spirit is a particularly terrible woe.

Discouragement is defined as, “A loss of confidence or enthusiasm; dispiritedness.” How does this happen? What is it that leads us into this barren state of being?

Often, the culprit comes in the form of unmet expectations or not making progress with our goals despite great effort. Discouragement can creep its way into every aspect of our lives—financial, relational, occupational, spiritual, emotional, and physical. And while people experience discouragement to varying degrees, they share one central theme: a loss of hope.

For instance, we lose hope of mending a relationship, that our bank account will be sufficient, that our ailments will be healed, or that we will find purpose and fulfillment in life. We even lose hope in the goodness and faithfulness of God. When there is no perceivable light at the end of the tunnel and all seems lost, discouragement takes root within us. Such was the case with George Bailey. He could see no hope for the future and came to believe it would have been better if he had never been born. This demonstrates the ultimate depth of discouragement.

The voice of discouragement yields destruction by breeding doubt, uncertainty, and fear. If you have experienced these effects, know you are in good company, for so did John the Baptist, Peter, and Thomas.

John the Baptist was the man who announced to the world, “Behold, the Lamb who takes away the sins of the world” (John 1:29). He was the man who proclaimed he was unworthy to untie Jesus’ sandal straps. And it was he who held the Son of Man in his arms as he heard the voice of God and saw the Holy Spirit. While in prison, this same man became discouraged, and he doubted. He asked the disciples to ask Jesus, “Are you the one who is to come, or should we expect someone else?” (Matthew 11:3). Those words could only have been spoken out of deep uncertainty and despair.

In the wake of Jesus’ arrest in the garden of Gethsemane, Peter, the disciple who had boldly declared he would always stay by Jesus’ side, denied him three times. Although Peter loved his Lord and was devoted to Him, he failed to grasp Jesus’ real reason for coming to the world. Peter hoped that Jesus would overturn the Romans’ power to gain freedom for the Jews. He did not comprehend that Jesus had come to offer something better—freedom from sin. When Jesus did not resist arrest by the Roman guards, Peter’s discouragement—triggered by unmet expectations—led him to fear for his life and to deny his Saviour.

While Jesus was dead and buried, His followers were left in the throes of discouragement and angst. Despite the prophetic words Jesus had spoken about His return, nobody expected an empty grave. Upon hearing of the resurrection, Thomas stated he would only believe if he were to touch Jesus’ hands and side. Again, bitter discouragement prevented belief.

Have you felt the same? Can you relate to George Bailey, John the Baptist, Peter, and Thomas? I think we all can. Ecclesiastes 1:9 tells us:

“What has been will be again,

what has been done will be done again;

there is nothing new under the sun.” (NIV)

Lexico defines grace as “the free and unmerited favour of God.” In other words, it is freely given and completely unearned. Instead of a harsh, condemning lecture, Jesus responded to John the Baptist by saying to his disciples, “Go and tell John what you hear and see: the blind receive their sight and the lame walk, lepers are cleansed and the deaf hear, and the dead are raised up, and the poor have good news preached to them. And blessed is the one who is not offended by me,” (Matthew 11:4-6).

Then there was Peter. I can’t imagine the anguish he felt the day Jesus was crucified. When he denied Jesus, he must have been consumed by unbearable guilt. How the tears must have fallen when he heard the rooster crow! What ran through his mind at the announcement of Jesus’ resurrection? What did he feel? Joy? Hope? Most likely. But I’m sure there was also a terrible sense of anxiety about facing the One he denied. Perhaps he expected Jesus to say, “Peter, how could you?” or “Didn’t I tell you that you would deny me?!” Or maybe worse: “Peter I want no part of you.” Instead, Jesus simply asked if he loved Him exactly three times. For each denial, Jesus gave Peter glorious and gracious redemption.

What was His response to “Doubting Thomas?” Jesus could have ignored or chided him for his lack of faith. But when He appeared to Thomas a week after his resurrection, He said to him, “Put your finger here; see my hands. Reach out your hand and put it into my side. Stop doubting and believe,” (John 20:27). Jesus honoured Thomas’ request. We aren’t told what Thomas did next, only that he said, “My Lord and my God!” Undoubtedly, Jesus’ grace strengthened Thomas’ faith for the rest of his life.

And what about us? Amid our discouragement, Jesus invites us to lean hard into His infinite grace. When we’re swimming in the waters of fear, doubt, and uncertainty, He extends the same grace to us as He did to our brothers in Christ discussed above. His grace increases our faith and restores us from the valley of guilt and shame. His grace bids us to love Him and to trust His promises. His grace is forever sufficient.

Finally, true and lasting hope extinguishes the flames of discouragement. Far too often, we place our hope in the things of this world: money, jobs, status, relationships, and health. We are blessed to be stewards of these things, but they are not to be our greatest treasures. When we make them so, we create misplaced hope which always leads to despair. It seems David, the Old Testament poet and king, reminded himself of this when he wrote: “Why, my soul, are you downcast? Why so disturbed within me? Put your hope in God, for I will yet praise him, my Savior and my God,” (Psalm 42:5). Because God never fails us, our hope in Him will never be in vain.

To be sure, there will be days when all feels lost. In those times, we can rest soundly in the grace of God and the hope of our Saviour. And when needed, we can read the following words and take heart: “And the God of all grace, who called you to his eternal glory in Christ, after you have suffered a little while, will himself restore you and make you strong, firm, and steadfast.” These are the words written by a man who would know—a man forever changed by the grace and hope of Jesus. You can find them in 1 Peter 5:10.

Byrum is a licensed marriage and family therapist with over 13 years of experience in community mental health.  She is the author of Remade: Living Free, a book written for women in recovery from substance abuse and unhealthy relationships.

Nicole also maintains a blog at nicolebyrum.com as well as a podcast, 5 Minute Word.  Both focus on topics related to faith, relationships, and recovery.  She lives in northwest Ohio with her husband and two children.  When she’s not writing, you can find her reading, running, or cooking.

You can also find her on social media:

Forde’s love of writing began with an early interest in reading, and she particularly enjoys the classics, science fiction, and fantasy. Her life’s goal was to be an author, a milestone she achieved when she published Rise of the Papilion, an adult fantasy trilogy. Her short stories, flash fiction, poems, articles, interviews, guest posts, and devotionals have appeared in various magazines, blogs, and anthologies. She is the co-host of the Radiant Writers’ Community, a group dedicated to equipping writers passionate about sharing their God-inspired messages. She is the founder of Lost Pen Magazine, a resource established to help Christian creatives reach new audiences for God’s Kingdom. Forde also offers coaching and freelance editing via Focus Writing Services. Besides writing, editing, and publishing, Forde is a social worker, and she spends her free time maintaining her Japanese-language Duolingo streak and watching way too much anime. For information on the Lost Pen Magazine, the Spotlight Blog, submission details, and services offered, visit https://lostpenpublishing.com. View all posts by Lost Pen Magazine

This site uses Akismet to reduce spam. Learn how your comment data is processed.